Is It Worth It: Adding an Accessory Dwelling Unit 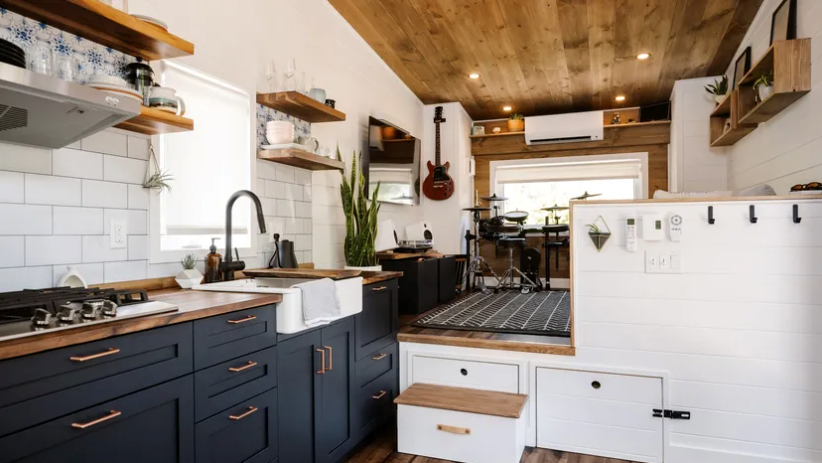 Some of the biggest decisions about homeownership come after you’ve closed the deal. Should you renovate that dated kitchen? Will adding an additional bathroom increase the value of your home? But also: How many place settings do you actually need? Should you ever buy anything at full price? And what’s the deal with renting furniture? Is It Worth It addresses your questions big and small.

The ADU, or accessory dwelling unit, is an increasingly popular solution to a variety of real estate problems. Need a separate space for your studio or home office? A flat for your in-laws or adult kids to live in, nearby but under a separate roof? A rental unit to supplement your income? An ADU may be the answer. Relatively affordable and extremely adaptable, these mini-homes are popping up everywhere—especially in California, which has aggressively changed its laws on ADUs to help alleviate housing shortages, and especially since COVID, which transformed our work-from-home needs.

But is adding an ADU actually worth it? As with most things, the answer is, it depends. We talked to real estate agents and homeowners to get their insights. Here’s what to know if you’re thinking of adding an accessory dwelling unit to your home.

But first: What is an ADU?

If you’re wondering what exactly an ADU is, you’re not alone; few buyers and many real estate agents, especially those who don’t specialize in investment purchases, know the term. But you probably have heard the term “mother-in-law suite” or, perhaps, “granny flat.” They are one and the same. According to the U.S. Department of Housing and Urban Development, ADUs are “additional living quarters on single-family lots that are independent of the primary dwelling unit.” They can be attached or detached and may have separate kitchens and bathrooms, but they cannot be sold separately. They’ve been around since the early 20th century, and they’ve been on the rise in the last few years.

So: Is adding an ADU worth it?

Here, we look at the pros and cons of adding an ADU to your home.

If rental income (and cash flow) is your goal, an ADU is certainly worth considering. “It’s the cheapest way to get a rental property,” says Andy Brohard, a Los Angeles homeowner who spent eight months converting his two-car garage into a one-bedroom, one-bathroom long-term rental. Tony Aguirre, a Realtor based in Orlando, Florida agrees. “You could potentially pay the mortgage with just your mother-in-law suite,” he says.

Just make sure to run the numbers first. The 2% rule in real estate investing states that monthly rent should be at least 2% of the purchase or build price to be considered a good buy. So, for example, if it costs $90,000 to build a 600 square-foot ADU, the monthly rent would need to be at least $1,800.

Pro: An ADU may increase buyer demand for your home.

If you’re hoping to increase the market value of your home, the value of adding an ADU is a bit more complicated, but it’s still likely to be a net positive. Realtors we talked to have noticed an increased demand for homes with ADUs among buyers. “We’ve seen greater foot traffic and probably 10 times more offers—and those offers are higher quality,” Aguirre observes. “It’s like a pool,” he says. “A pool only adds $15-25,000 in assessed value, but that’s nowhere near the value that a buyer who wants a pool puts on it.”

On the other hand, it’s unlikely that an ADU will add anything to the assessed or appraised value of a home. In Greensboro, North Carolina, for example, Ashley Meredith, a Realtor with Berkshire Hathaway Home Services, says that an ADU adds zero assessed value to a home. “I had to be careful when I recently listed this property with an ADU,” she says. “We worded it very carefully: ‘The ADU is located on property and is being sold at no additional value.’”

Likewise, in Austin, Texas, Tammy Young, founder of SEED Property Group, also says that ADUs add little to no value. “Newer agents are quick to give the back house the same value as the front, and it just won’t appraise,” says Young, who has 15 years of experience selling real estate.

Con: It can be tricky to get approval for an ADU.

Builder beware: Anyone considering building needs to first check their city and even neighborhood ordinance. Homeowners must ask about their specific address, not simply the neighborhood. One neighborhood could be zoned for these, whereas the next street or subdivision over may not allow them. A house sitting on a 7,000-square-foot lot may legally contain an ADU, whereas a home sitting on 6,000 square feet may not. Consider, too, that your city may also limit the square footage of an allowable ADU.

If you’re able to get approval for adding an ADU to your home, doing so has a huge upside in terms of rental income and may also increase the demand for your home, if not the actual appraised value, when it’s time to sell. The real question is: Is this solution right for you?